After calling Badshah a Nano, Yo Yo Honey Singh now disses Raftaar

Yo Yo Honey Singh is back on the block and not without a bang. A few days ago, we informed you how Honey Singh compared Badshah to a Nano, when asked if he was worried about the latter having taken over the scene in Singh's absence. To this Singh had said, "There is a difference between Rolls Royce and Nano." Well, this did not go down too well with Badshah's friend, Raftaar, who in turn termed Yo Yo an "insecure girl." And Mr Singh has struck back! When asked by PTI what he

Bollywood's leading actors trying their hand at singing has become a trend these days. Stars like Salman Khan, Aamir Khan, Shah Rukh Khan, Priyanka Chopra and few others have gone behind the mic and the latest to join the bandwagon is the handsome John Abraham. According to a report on Bollywoodlife.com, John recently recorded an unplugged version of 'Alfazon Ki Tarah', a romantic rock balled composed by Ankita Tiwwari, for his upcoming film 'Rocky Handsome'. The report quote

You've seen Priyanka Chopra before. It's almost guaranteed—especially if you live in New York, where she's been staring you down all season from virtually every taxi top, billboard, city bus, and subway station in the city in ads for her ABC series Quantico. Or maybe you've spotted the Indian actress and winner of the 2000 Miss World title in any of the 50-plus Bollywood movies she's starred in, or maybe you've glimpsed her on the cover of GQ's India edition. And if not, no m

Actress Neha Dhupia says as a celebrity she has always gravitated to issues close to her heart, adding that "public face makes a very big difference". The actress has joined hands with beauty brand Kiehl's and Teach For India to educate underprivileged children. Neha said that people tend to stop and pay attention to an issue with a celebrity on board. "I think the fact that you are a public face makes a very big difference. More importantly people try and listen and probably

A few weeks ago, the nation was taken by a major shock when rumours of Arbaaz Khan and Malaika Arora Khan ending their 18-year long marriage came our way. While we dismissed them off as rumours initially, reports of the couple not getting along (or even shooting together) on the sets of their TV show and that of Malaika moving out of her house forced us to believe that there might be some truth in the rumours. Naturally, we wondered what could have gone wrong suddenly. Turns 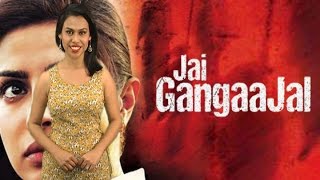 The review of Priyanka Chopra's, Jai Gangaajal directed by and co-starring, Prakash Jha.

ASonu Sood, who plays the lead with Jackie Chan in an Indo-Chinese production, has got choreographer-director Farah Khan on board for a dance number. Recommended By Colombia A source says, "Sonu is close friends with Farah as he had worked with her in Happy New Year. He shares a good rapport with the makers of his upcoming film as well. After the Rajasthan schedule was finalised, he suggested that they incorporate a Bollywood-style song sequence. They agreed and entrusted him

Kartik Aaryan: I'd love to play anti-hero like Shah Rukh Khan in 'Baazigar' 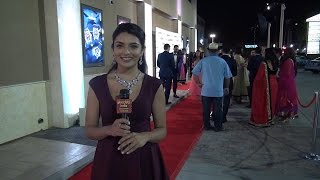